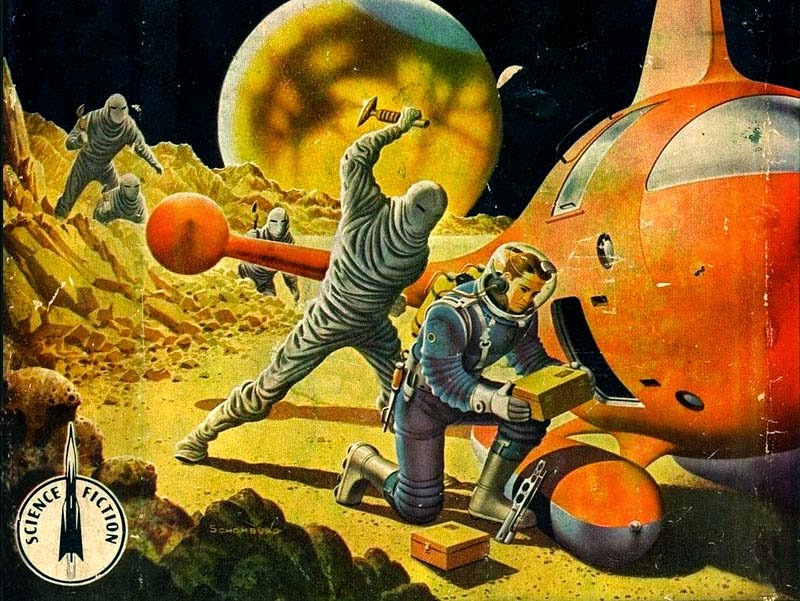 Earth 2184 is a feudal, space-faring society that has constructed scientific and mining colonies on numerous planets in the solar system, including on Saturn’s moon, Ganymede. Our story takes place on Mining Colony 5296c, a joint venture by Baron Freidrich von Siemens and industrialist Zheng Xiu Wong. Last week, the Baron received the below message from his vassal on the mining colony, knight-engineer Jonathan Ronalds:

Mining Colony 5296c is home to about 300 people including workers, administration, semi-legal service providers and licensed merchants. It transports ores to earth using an innovative magnetic rail that functions as an orbital slingshot. The rail is powered by a unique energy source patented by Golden Tiger ltd., a company controlled by Mr. Zheng. The rail works for 30 minutes every Monday. Because it's so effective, the Mining Colony is now the main transport hub of the region, firing tens of containers all over the Solar system.

Every time the mysterious energy source is tapped, it summons an alien hunter (I used gibbering mouther) somewhere within 100 meters of the rail. The thing kills humans and removes their tongues and eyes for some perverse inexplicable reason. All victims are partially sunken in hard rock and present signs of irrational behavior prior to death such as punching random objects, undressing or writing nonsense on the floor. While their eyes and tongues have been roughly removed, the cause of death is electrocution.
Both Lin and Nori suspect there’s something alien at work. Both agreed last week to keep their mouths shut and sabotage future investigations. Hun wants to impress his father-in-law to get a better job, and a string of murders is hardly a point in his favor. Nori has great scientific curiosity and little regard to the lives of criminals and drifters.
Manuel blames revolutionary terrorists because so far no evidence has been uncovered to suggest anything else. It will take some very strong evidence to make him abandon his favorite conspiracy theories and scapegoats.