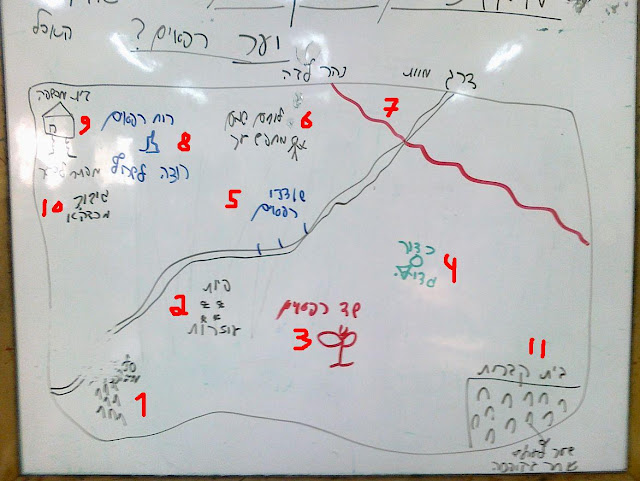 1. Rocks that turn when you step on them and make you fall to the bottom of the earth and die.
2. Four fairies that will help you if you defeat the forest-burning ghost (8).
3. A ghost demon who is looking for his family and kills everyone he meets. He is 2.5 meters high.
4. A hovering ball that makes everyone it touches huge. It was created by a wizard who then lost it.
5. Ghost bandits who rob everyone walking down the road of death.
6. A friendly warrior with a sword and a shield. He is looking for the box (11).
7. A river of lava with a rickety bridge on top of it. This comes to mind for some reason...
8. A ghost that wants to burn the forest because she was killed by animals and now hates nature.
9. A witch's home. The witch eats children and she also has the key to the box.
10. A boy from Earth who is looking for a way home, he is very smart, but is held prisoner by the witch.
11. A graveyard where all the ghosts live. One of the graves has a box that sends you to a different world when you open it.
Posted by Urikson at 6:57 PM