Mini Adventure -- A Knight to Remember

I ran this melancholic adventure many times this year and each time found it to be a poignant and memorable experience. "A Knight to Remember" can be set in almost any isolated setting, be it the vast plains of Nova Vaasa, the merciless deserts of Athas, or the untamed wilderness of the American Frontier. Presently, I'd like to set it in a generic gothic fantasy setting for ease of adaptation.

A Place of Desolation
The PCs are sent by their patron to take care of "some problem" in one of his poorest, most distant holdings. He provides no further information on account of caring very little for the area, its people, or the PCs.
When the PCs come to the village, they find a parched and desolate town that reeks of apathy and ignorance. The locals are rude and unpleasant, but most are not overtly violent due to an overwhelming air of lethargy. The landscape is one of barren plains dotted with sickly grass as far as the eyes can see under a sky that promises rain, but delivers nothing but oppressive humidity.
The only landmarks are a church that hasn't seen a priest for so long that even the most pious elders no longer care that kids use it to play hide and seek, and a tavern where brooding local thugs drink in silence. The latter are always looking to pick up a fight, but will not dare to attack a group of well-armed or magical strangers. A lone stranger, however, can easily find himself in a fistfight that will soon turn into a knife fight. The meanest men present are two aging scumniks named Ed and Fred (Rogue 4 & Fighter 2), and their pack of younger bullies.
The owner of the tavern is a friendly woman named Arshavarat (Ranger 3), the only half-elf in town. A widow in her fifties (although appearing much younger), she is unusually erudite and elegant for this no horse town. Children love her because she is full of fascinating stories from across the plains and adults love her because she doesn't mind looking after the kids while the parents are working their stony fields. She is obviously not local. If questioned, she will say she was adopted by a pair of local rangers who found her in a cave. Both her adoptive parents have since died.
Outside, a young woman named Sarah (Commoner 1) tries to hint to the PCs that she'd like to speak with them. She is eager and anxious, but will not speak unless she is sure no one is eavesdropping or if the PCs take her under their wing. If the PCs manage to dub Sarah, she tells them that Jake (Commoner 1), her child, has been taken three days ago by an insane rider wearing the armor of a knight of the realm. Since taking her child, the rider has just been circling the village. Every night, Sarah hears her child crying and this is driving her insane. The men of her family tried fighting the rider, but were no match to his superior arms and skill. She knows exactly the course taken by the rider and can show the PCs the way.
Everyone else in town treats the PCs as a nuisance and denies the village has any problems. It's a dump and that's just the way they like it. If they bring up the mysterious rider, locals emphatically suggest the PCs mind their own damn business. 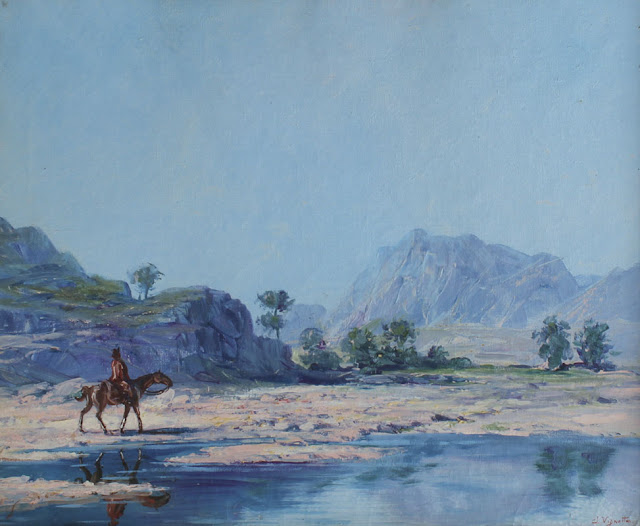 Misplaced Faith
The rider's name is Sir William (see below). He is not harming the child, but the poor boy will die of thirst or hunger unless released within two days. Men have tried to reason with the rider or to stop him by force, but to no avail. He is convinced he's rescuing a girl named Arshavarat from local bandits and will stick to this version of the story, treating any facts indicating otherwise as good-natured practical jokes. The crying and protestations of the child (a boy name Jake) are simply ignored and the tracks indicating he's been riding around the town in circles for days are ignored as well.
Sir William is no coward, but will only fight to defend himself or "Arshavarat." He is, after all, a just and noble paladin. If attacked or believing the child is threatened (such as by PCs offering him food or drink), William attempts to chase away rather than kill the PCs. However, during the fight, half a dozen skeletal children (see below) will rise from the ground and spend one round crying about how hungry and thirsty they are, before trying to eat the PCs. The knight seems oblivious to the children as well.
While powerful, Sir William is not invincible and can be defeated. However, he reforms after an hour and tries to kidnap a new child. The skeletons, however, remain destroyed forever.
During the fight, even cursory examination of the knight will reveal that he is quite dead.

A Senseless Murder
The knight was killed by Ed and Fred in a tavern brawl, defending the chastity of a patron's daughter. At the time of his death, William was a young paladin on his first quest – rescue a half-elf girl named Arshavarat from local bandits. She was a young child back then. She is a mature woman now – the owner of the tavern.
William is buried in the village cemetery. His tombstone doesn't have a name, only an epitaph:


"We didn't know his name, but we knew his honor."

Under the epitaph there is an image identical to the one adoring William's shield.

Each sabbatical year, William manifests on the edge of the town and "rescues" a child, riding around the town in circles until the child dies. Ed and Fred believe he is a plains god and that these children are sacrifices that ensure prosperity. Through a combination of intimidation and dumb conviction, they managed to convince most of the village to go along with their belief. In practice, it is Ed and Fred's wickedness and the ongoing injustice of dying children that keeps the land barren and the beasts weak. 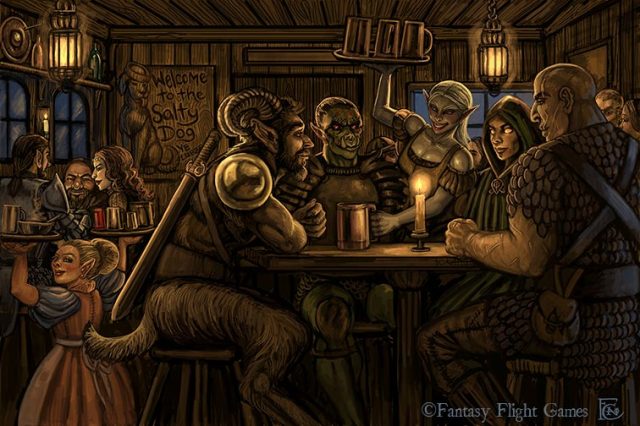 Anagnorisis and Catharsis
Jake can be rescued by force, but this only proves a temporary solution as the knight will soon snatch another kid, as ignorant of his condition as ever. To lay the knight to rest, it is not enough to enlighten or destroy him, a true catharsis must be offered. There are several ways to do it:

1) Arshavarat confronts the knight and tells him that she is happy, her kidnappers are dead and that he is free of his quest to save her.
2) William sees his own dead body in the shadow of his tombstone. He will not willingly follow the PCs to the graveyard, but a clever group can lure him there by a series of attacks and retreats.
3) Fred and Ed are killed in fair combat against William. This will likely require an elaborate ruse or magical coercion, since the two are more likely to fall on their knees and cry for mercy than fight a knight in the field. Stabbing naïve young men in the back is more their style.

Regardless of the method used, once made aware of his condition, William starts sobbing, finally realizing of the enormity of his delusional actions. As he sinks to his knees, a woman in white shrouds steps from the mists and says that he is forgiven and that she is ready to receive him. William thanks the PCs, asks them to take his equipment and rides with her into the mists. If they still exist, the undead children rise in their normal form, part with their crying parents and follow the knight into the mists as well.

The very next day, the weather improves and vitality seems to flow back to the village.

Stats and Numbers
When running the adventure, I usually use D&D 5e third level characters. William's reward includes the following items, all of masterwork quality when applicable: a lance, a +1 shield, a full plate, and a holy symbol